“Do not forget to entertain strangers, for by so doing some people have entertained angels without knowing it.” Hebrews 13:2 NIV

This verse from Hebrews ran through my mind after I made a new acquaintance at Synod School. It happened when I was eating lunch late one day. My plan was to eat and then go to my classroom to get things set up before the students arrived. I knew there would be very few people in the dining hall when I arrived, and I would most likely eat alone. Indeed, that was the scene; a few people lingered in their seats to finish a conversation and others greeted me while continuing on their way.

Here’s where it gets interesting. A young person, probably in middle school, was carrying a dish of ice cream with a brownie and a cookie, attempting to eat while walking. As he approached me, we made eye contact and I smiled. He nearly kept walking but instead slid into the chair opposite me, nodded and asked how my day was going. His name was Tom (not his real name) and we spent the next several minutes finding out about one another: where each of us lives, what we like about Synod School (ice cream was high on the list), happy that grandparents brought him to Synod School, and bringing me up to speed on “hide and seek tag,” a fusion of games I did not know. Tom was finished with his ice cream and as he was getting up from the table said, “Maybe I’ll see you around.” “Yeah, maybe,” I replied. As he came out of the dish room, he held up his hand to high five me as we passed. I saw Tom later that day and we acknowledged one another in passing. After that I did not see Tom the rest of the week.

I don’t exactly know what happened at lunch that day. I do know I met a person with a level of maturity hidden by outward appearances. I also know two strangers are no longer strangers. Tom, thanks for sitting with me. 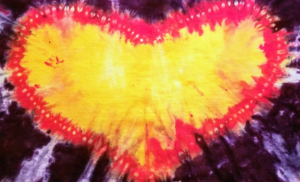